Red-light running fatalities that occurred in cities throughout the United States from 2004-2018. 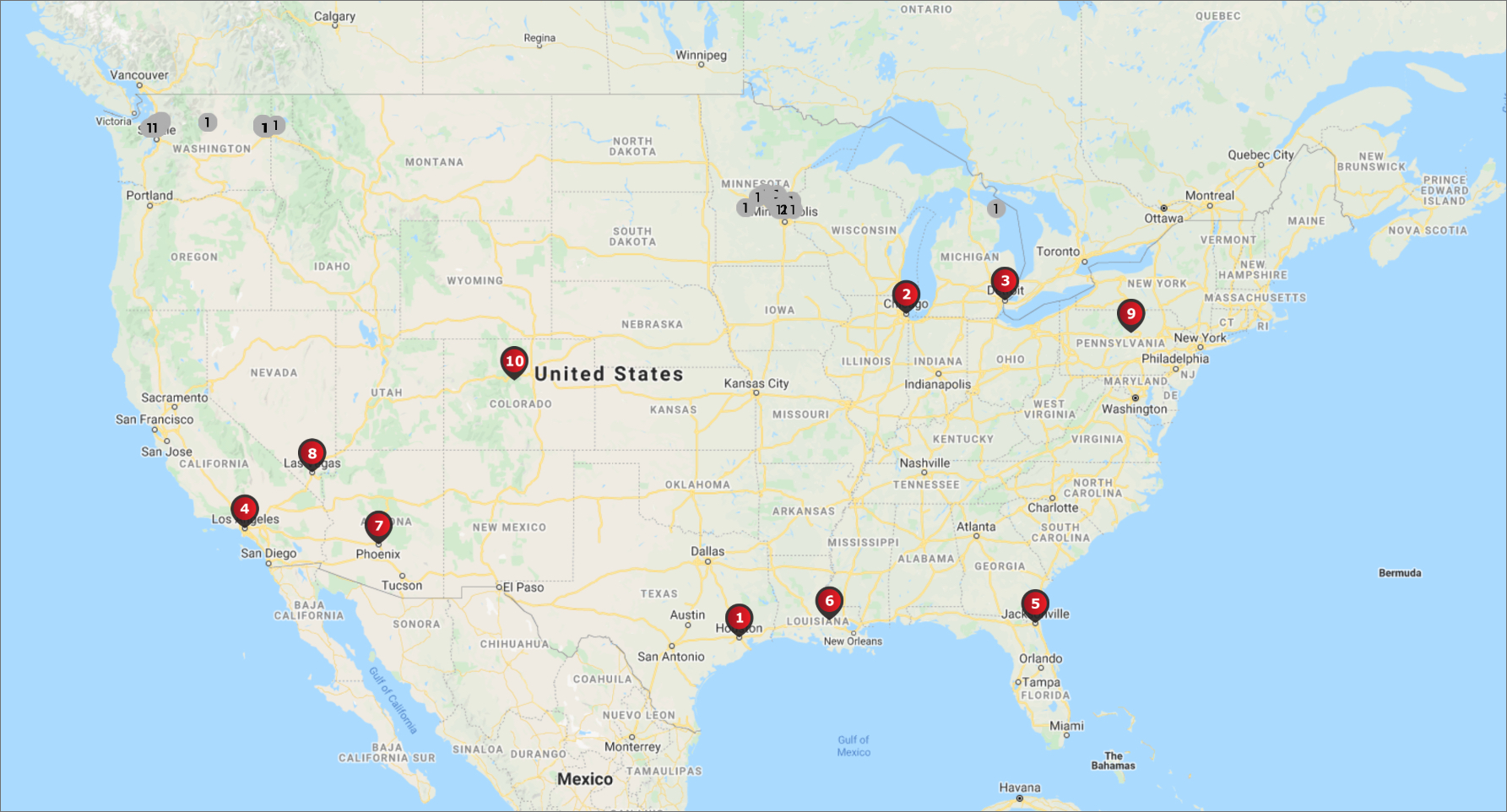 Below are the top ten cities that had the highest number of red-light running fatalities between 2004-2018.

10 Reasons to Stop on Red

Safety is the responsibility of every driver — not just during Stop on Red Week, but every day and every time someone gets behind the wheel. Intersection safety is an extremely important aspect of road safety in our community. Here are the top reasons to stop on red based on the most recent statistics about red-light running. 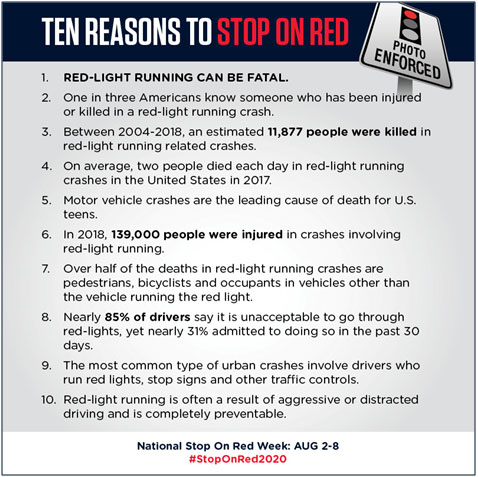 New research is rapidly emerging about the behaviors of red-light runners and about the technology available to aid in putting an end to red-light running in communities across the United States.

The objective of this map is to show the harsh reality that red-light running can impact anyone on our roadways. If you lost someone to red-light running, or know someone who has, please share your story here to help us bring an end to such dangerous, reckless driving.